Cruz sentenced to life in prison 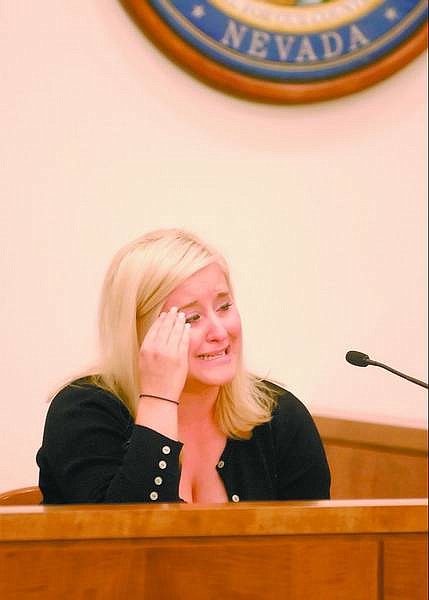 Kevin Clifford/Nevada Appeal Jennifer Wells cries during testimony Friday in the sentencing hearing of Tyler Cruz, 24, who admitted his part in the October murder of her brother Adam Wells. Cruz received 10 years to life in prison.