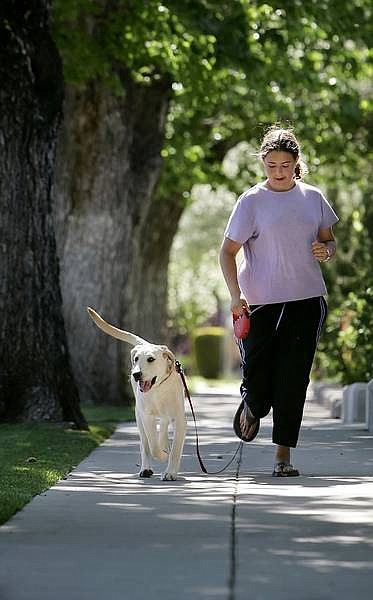 Chad Lundquist/Nevada Appeal Rebecca Hanzlik, 11, walks her 6-month-old Labrador Bella down Robinson Street Sunday. Hanzlik, was chosen as the 2005-06 Youth Participant of the Year by the state&#039;s Parent-Teacher Association.