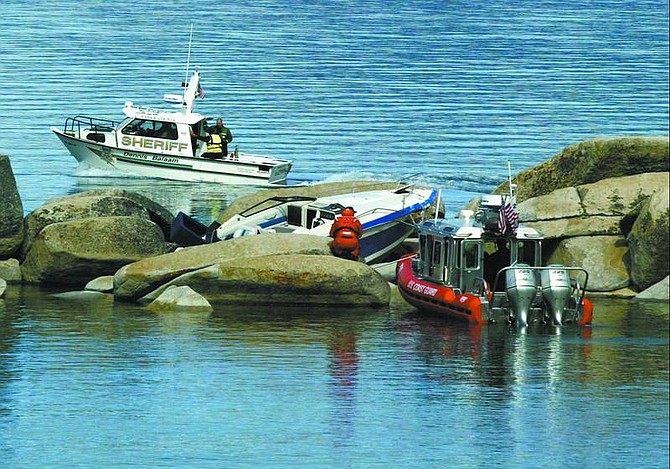 Emma Garrard/Appeal News Service The U.S. Coast Guard and sheriff&#039;s department officials investigate a boat accident on some rocks north of Sand Harbor on Friday morning. One person was reported dead and another seriously injured in the accident that happened early Friday morning.