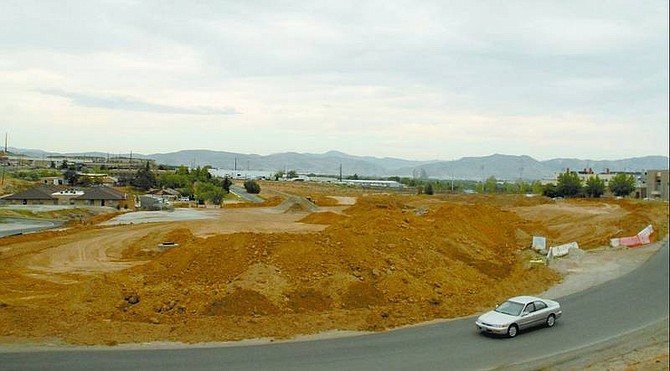 Kevin Clifford/Nevada Appeal A car drives past the site of the previous Manouge property near the Nellor Biomedical Sciences Building Thursday evening at the University of Nevada, Reno. 6/1/06