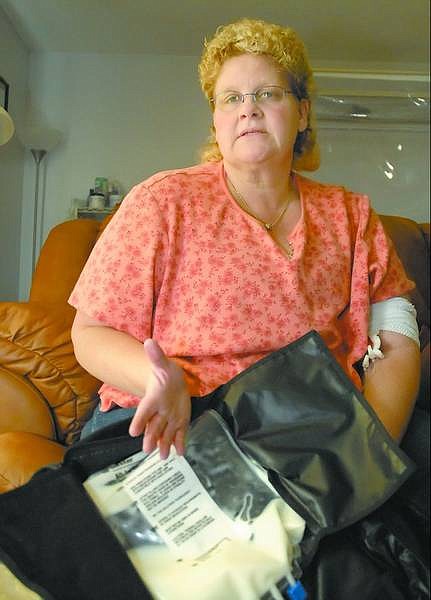 Roberta Simon, a patient of the Bariatric Program, shows how she has fed herself for nearly a year in her home. Simon said Friday that she believes that hospital politics have driven her surgeon, Dr. Trotter, and the Bariatric Program away from Carson Tahoe Regional Medical Center. Kevin Clifford/Nevada Appeal