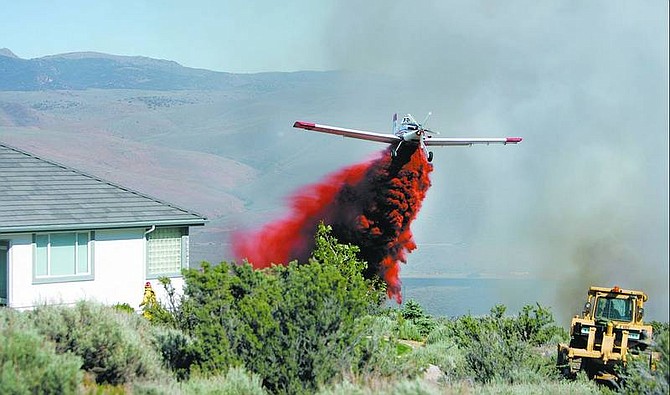 Chad Lundquist/Nevada Appeal An air-tanker drops a load of fire retardant near a threatened home at the South Earlham Court off of St. James Parkway on Monday afternoon. The fire started in Browns Creek Canyon, off Joy Lake Road in southwest Reno.