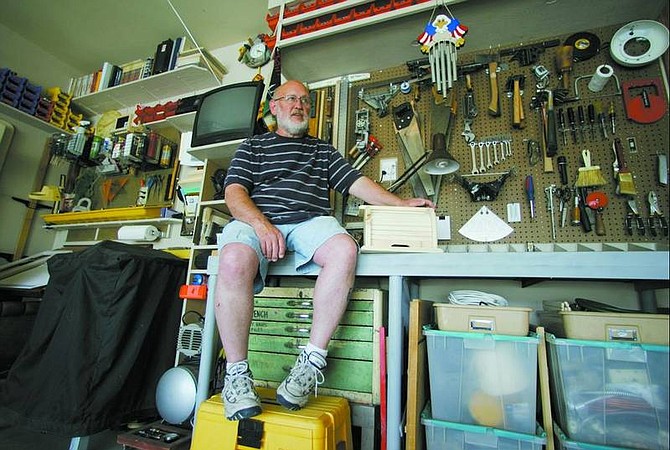 Brad Horn/Nevada Appeal Barry Hensler, a woodshop teacher at Eagle Valley Middle School since 1982, talks about his years teaching at the school in his garage on Wednesday.