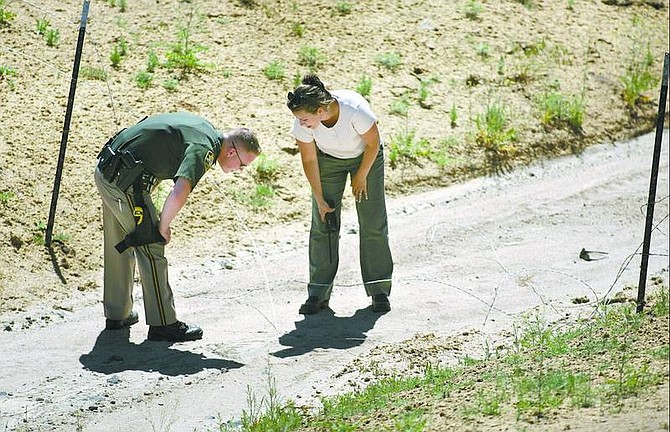 Cathleen Allison/Nevada Appeal Carson City Sheriff&#039;s officials investigate a fatal ATV accident Tuesday morning near the Arrowhead Drive exit of the freeway. Lester Mitchell Paul Jr., 41, of Carson, died after driving through a barbed wire fence in a ditch near the freeway.