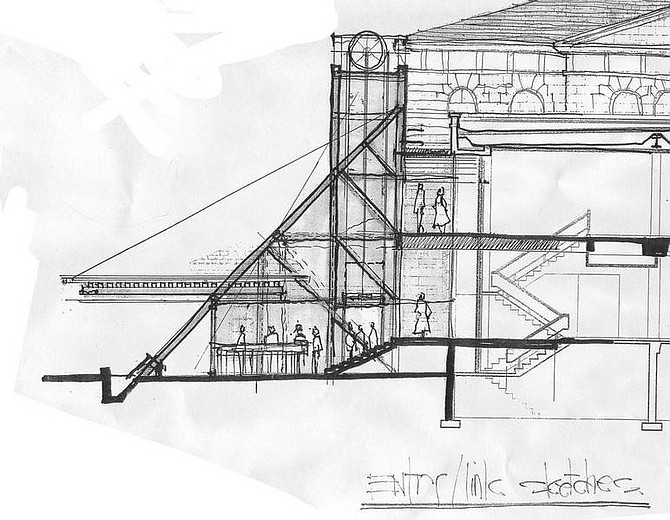 Drawing Provided by State Public Works A drawing of the proposed entry for the Nevada State Museum. The structure uses a mine head frame taken from the state&#039;s mining history to help tie the historic U.S. Mint structure to its newer building to the north.