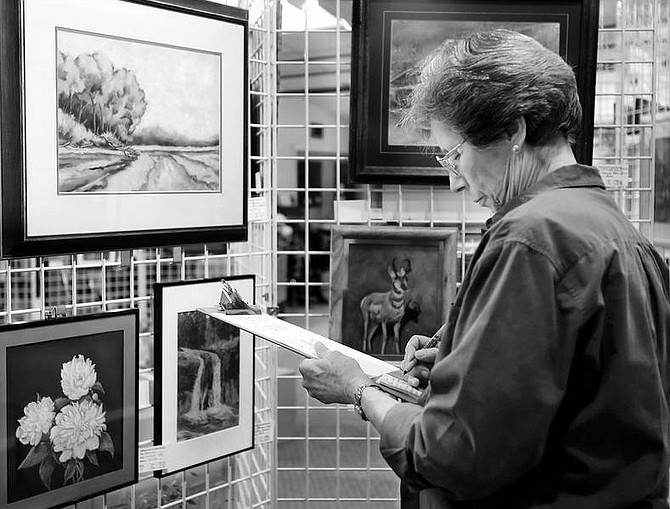 Chad lundquist/Nevada Appeal Nevada Artists Association summer art show judge Ann Pierce looks over some of the entries at the Brewery Arts Center Sunday. The show is one of three annual juried events by the association to allows its 150 members to show off their best works.