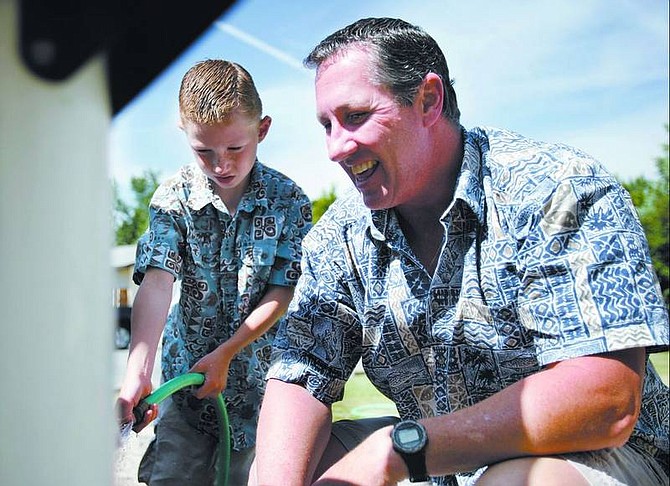 Chad Lundquist/Nevada Appeal Bob Martin works with his son David to wash his Jeep on June 11 at their home in Carson City. Martin has three children of his own and two stepchildren.