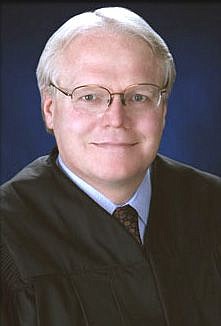 Family Court Judge Chuck Weller, 53, was shot Monday morning while he stood in front of a window on the third floor of the family court center in Reno. Darren Roy Mack is being sought in a homicide and in connection with the shooting of Weller.