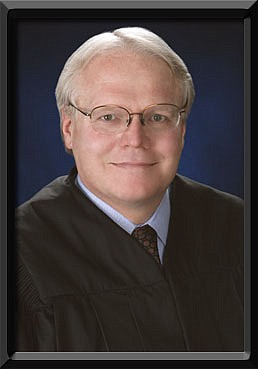 Family Court Judge Chuck Weller, 53, was shot in the chest today while he stood near a window on the third floor of the Mills Lane Justice Center.