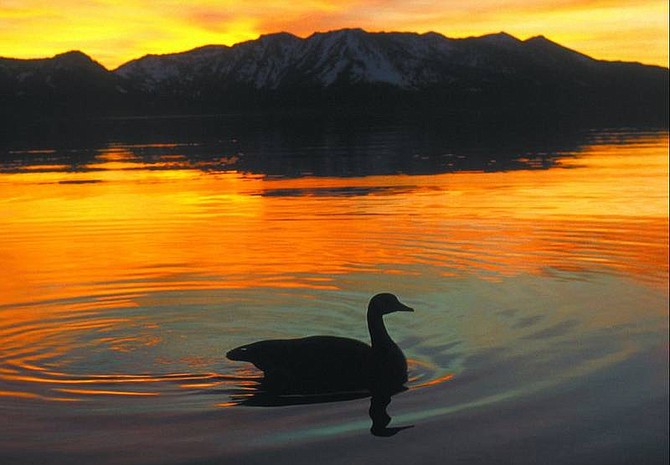 Jim Grant/Nevada Appeal News Service Canada geese find refuge on Lake Tahoe when they are molting and can&#039;t fly away from predators. A 10-pound goose produces four pounds of feces a day.