In celebration of a powerful symbol 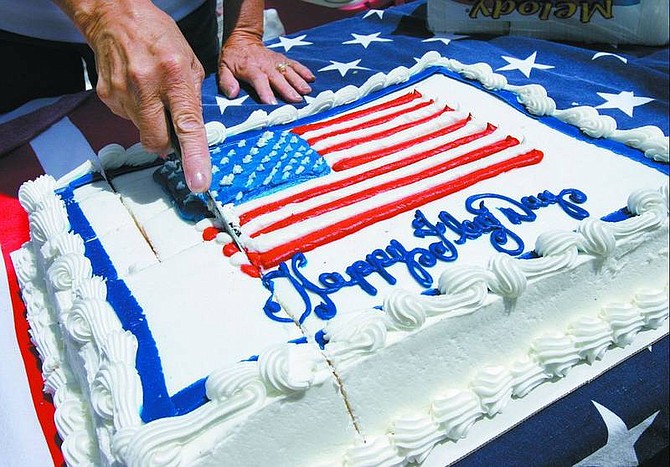 Chad Lundquist/Nevada Appeal A sweet rendition of the American flag is divvied up for participants of the Flag Day ceremony at the base of C Hill Wednesday morning.