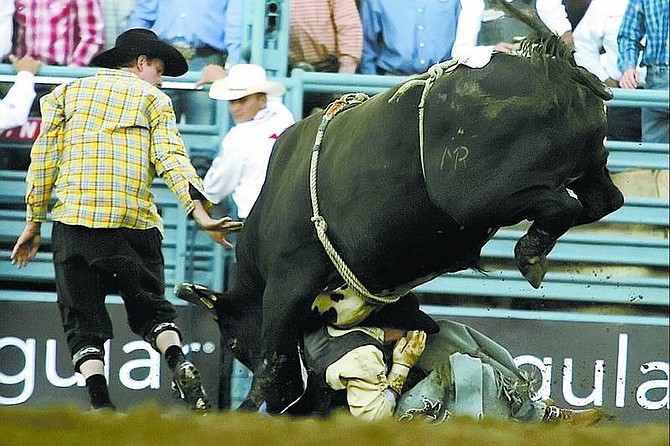 BRAD HORN/Nevada Appeal Jason McClain, of Lewis, Colo., gets stuck under Black Dancer during the Dodge Xtreme Bulls 2006 Hard Ride Tour on Thursday, June 15, 2006, at the outdoor arena at the Reno Livestock and Events Center in Reno, Nev.