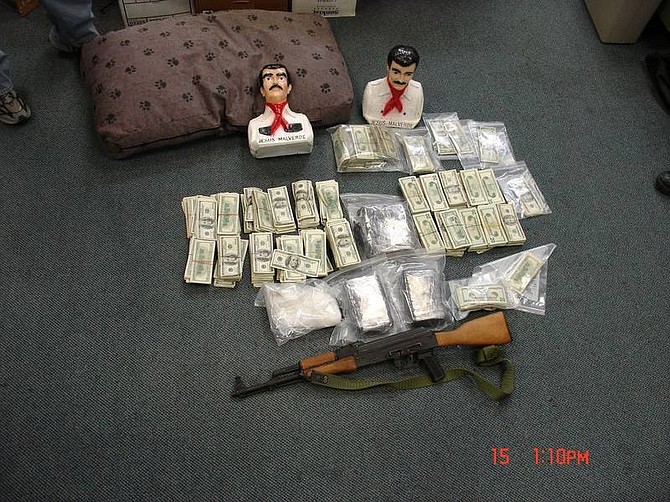 Photo courtesy of Tri-Net Drug officers seized nearly a half million dollars in drugs and cash from three homes in Dayton and Carson City during raids early Thursday morning. Also seized were two handguns and an AK-47. The busts are of Jesus Malvedere, Mexico&#039;s Robin-Hood like hero from the late 19th century once known as the &quot;Generous Bandit,&quot; but now best known as: &quot;The Narco Saint,&quot; the patron saint of drug smugglers.