Four hurt after driver of Suburban slams into home 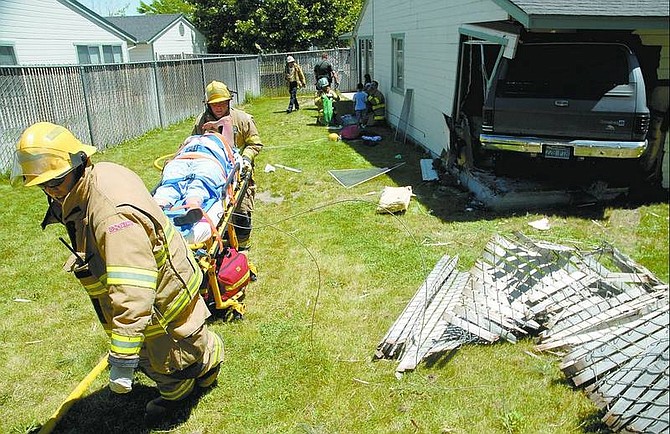 Kevin Clifford/Nevada Appeal Carson City firefighters carry away an injured occupant from a house on the corner of Saliman Road and Depot Street after a Suburban smashed into the house Saturday. Four people were injured in the accident and were taken to Carson Tahoe Regional Medical Center with non life-threatening injuries.