Powwow honors fathers and the past while improving the future 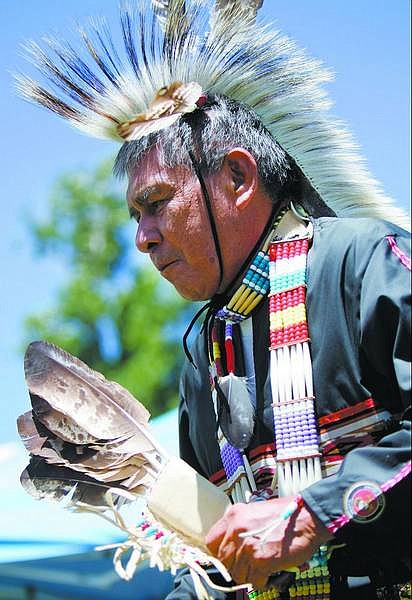 Chad Lundquist/Nevada Appeal Al Phoenix, 75, a traditional dancer from Pyramid Lake, has been dancing for 65 years even though he spent 21 years in the Marine Corp.