The library's own story - illustrated 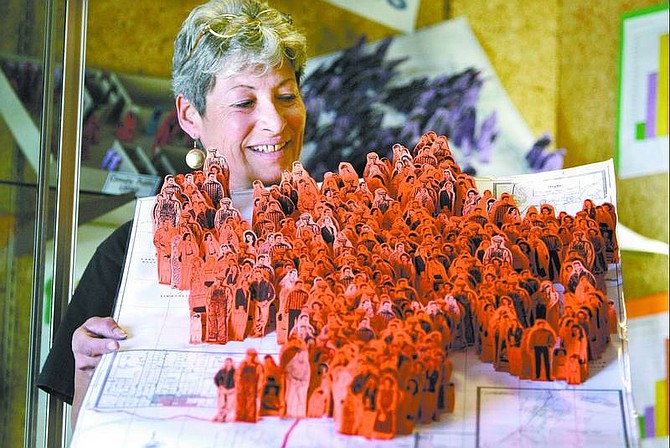 Cathleen Allison/Nevada Appeal Karri Meares, of the Carson City Library, talks about part of a new 40th anniversary display she recently completed that shows how the library growth compares to Carson City&#039;s population growth. Each cutout of a person on the map represents 100 people.