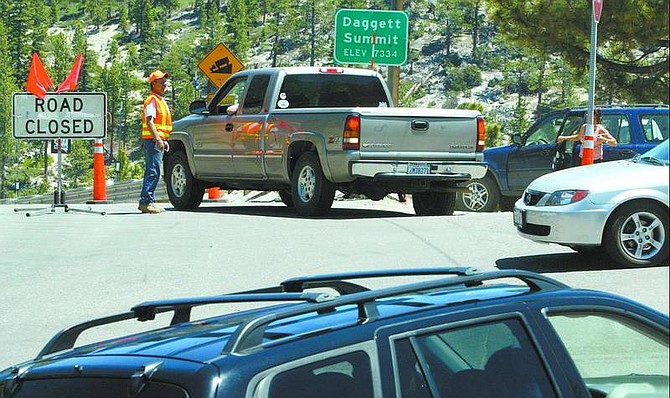 Nevada Department of Transportation employee Ed Shope informs motorists that Kingsbury Grade is closed because of the potential for a rock slide. The road will be closed for safety reasons until a contractor can be hired to clear the threat. Jim Grant/Nevada Appeal News Service