Carson man injured in roll over 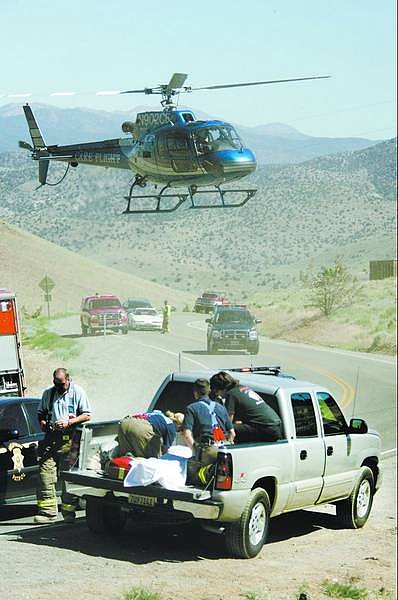 Cathleen Allison/Nevada Appeal A 33-year-old Carson City man was injured in a single-vehicle rollover on Highway 341 near the junction of Highway 342 on Thursday afternoon.