It may be a condo future for Carson City apartments 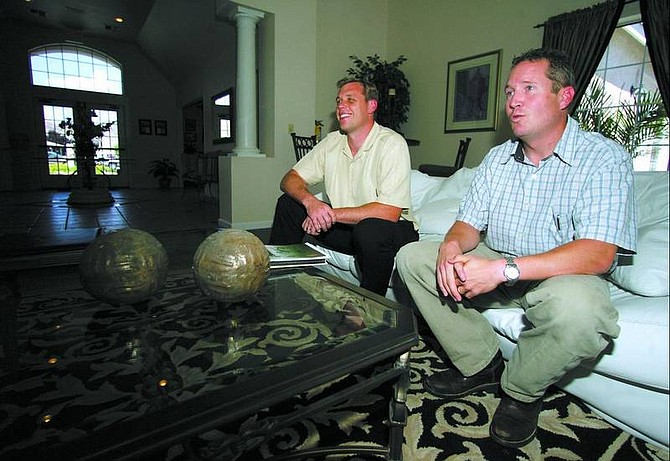 BRAD HORN/Nevada Appeal Sam Terry, right, and Ryan Langson discuss some of the improvements to their condos, such as a bigger fitness area and a new roof.