Carson City group grilling up support for a good cause 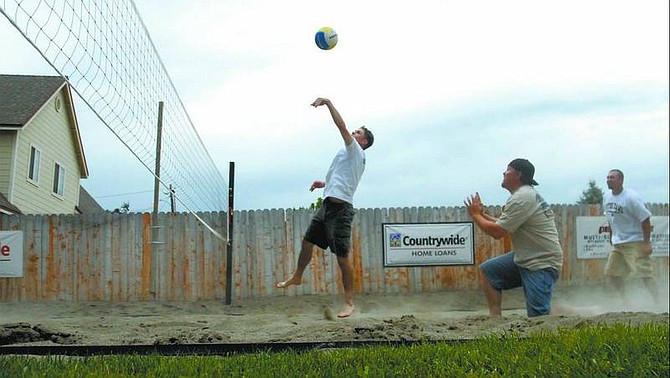 Kevin Clifford/Nevada Appeal Kevin Brady, left, rebounds a volleyball Saturday while teammates Ryan Philippi and Matt Hoerth, right, guard the sides during a volleyball match at the Summer Slam at 500 N. Mountain Street. The event was hosted by The Carson City Active 20-30 club and the proceeds are set to go to Friends of Special Children, a nonprofit organization to help the families with young special-needs children.