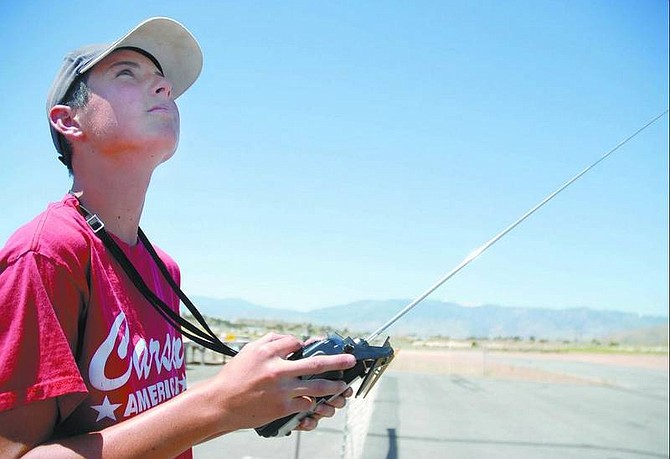 Kevin Clifford/Nevada Appeal Andrew Mims, 14, from Galena, flies his U-Can-Do-3D plane Saturday during the High Sierra Radio Control Club open house at the Pony Express Model Airpark. Mims has been flying models planes for three months and has been watching his father fly since he was 10 years old.