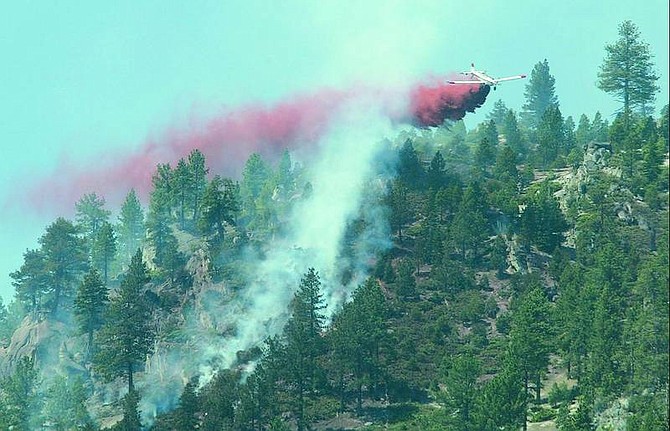 Shannon Litz/Appeal News Service A plane drops fire retardant on a blaze on Jobs Peak Saturday morning. The fire began after a lighting strike Friday at about 4 p.m.