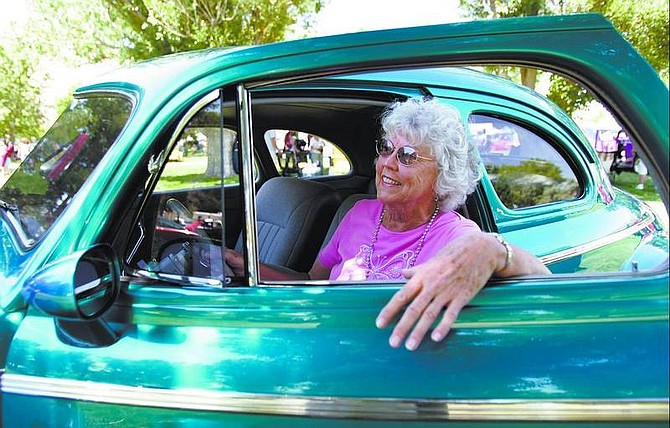 Chad Lundquist/Nevada Appeal Dona Gomes of Stockton, Calif., sits in her car at the Run What Cha Brung Car Show on Sunday at Fuji Park. Gomes&#039; 1941 Chevy Deluxe Coupe was selected from over 300 entries as the People&#039;s Choice Award winner.