The nurse is in 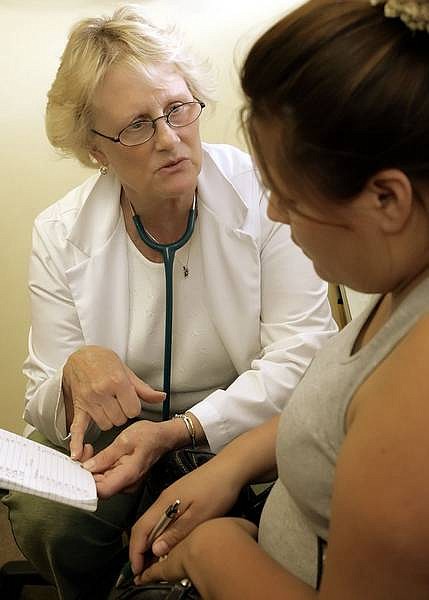 Matt Rourke/Associated Press Marguerite Harris, MS, CRNP, left, talks with Leobarda Ocampo, 31, of Oxford, Pa., during a visit to Project Salud in Kennett Square, Pa., June 8. Project Salud is a nurse-managed primary-care center. Increasingly, patients are being treated by health care professionals with &quot;N.P.&quot; after their name instead of &quot;M.D.&quot; or &quot;D.O.&quot; Nurse-managed primary-care centers such as Project Salud have increased to about 250 nationwide today, from a small handful 15 years ago.