'American ABC': Children in our image 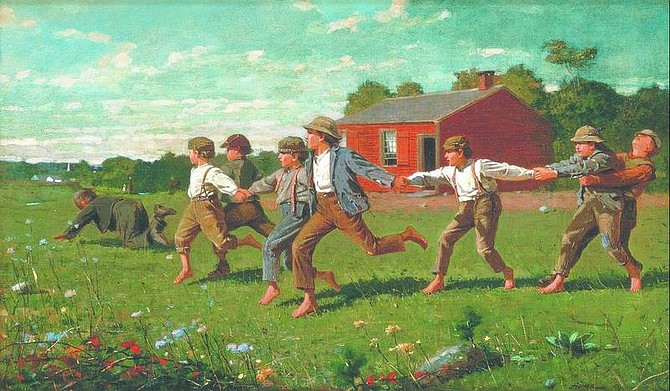 Metropolitan Museum of Art/Copyright 1999 Winslow Homer&#039;s &quot;Snap the Whip&quot; is one of the few pictures on exhibit more interested in observing children than shaping them. &quot;American ABC: Childhood in 19th-Century America&quot; is an exhibit at the American Art Museum through Sept.17.