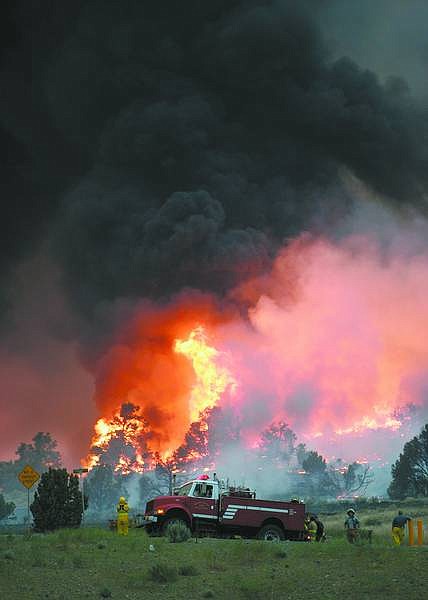 Chad Lundquist/Nevada AppealThe Flat fire burns near the end of Red Rock Road in Mound House. The Linehan Complex, made up of the Linehan and Flat fires scorched more than 1,500 acres thus far.