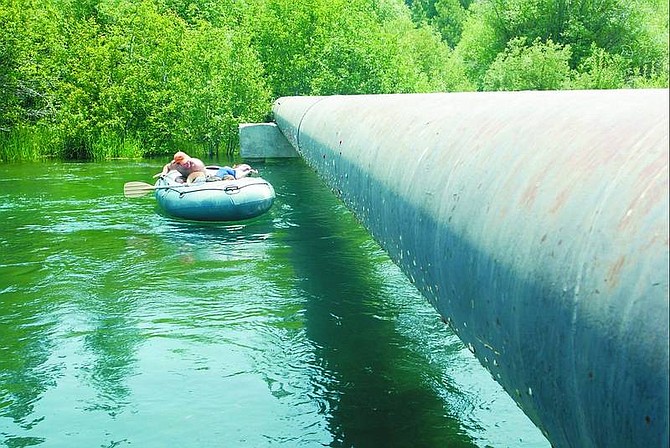 Ryan Salm/Nevada appeal News Service Rafters duck under a pipe on the Truckee River on Tuesday in high water conditions. The river has been closed to commercial rafters due to these same conditions.