It was a doggone evacuation for kennel owners 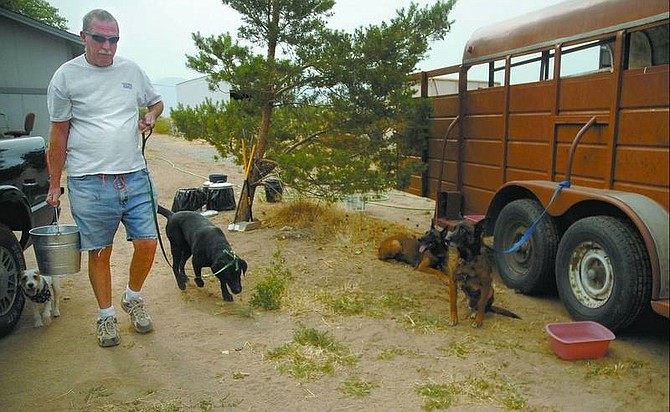 Kevin Clifford/Nevada Appeal Gordon Hutting, owner of Cold Nose Kennel walks with a client&#039;s dog named Biscuit on Tuesday afternoon to distribute water among the other evacuated dogs. Hutting was forced to evacuate his kennel in Mound House due to the Linehan fire.