Keep an eye out for this Russian 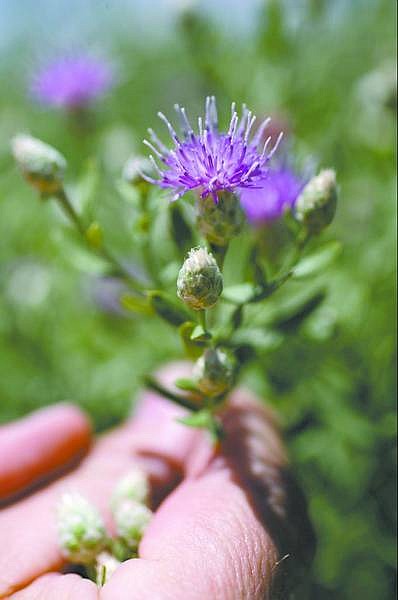 Cathleen Allison/Nevada Appeal Ed Smith, with the University of Nevada Cooperative Extension, holds Russian knapweed behind Glen Eagles restaurant Thursday. Cooperative Extension officials are concerned about the spread of knapweed around the Carson City area. It is an aggressive, invasive weed that officials don&#039;t have definitive answers yet on how to stop.