Scorched around the edges, it's business as usual 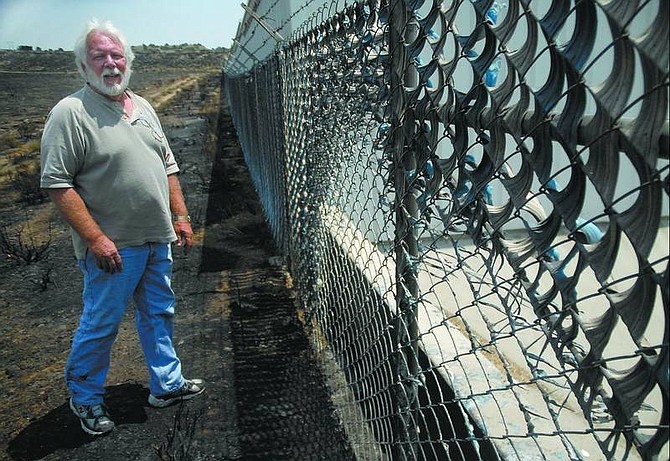 Kevin Clifford/Nevada Appeal Jeff Kyle, owner of Added Storage on Highway 50 East, looks Tuesday at the damage done to his north fence by the Linehan fire Monday night. The plastic on the fence melted by the heat, causing minor property damage.