For the generation raised on Cattlemens steak: Meet the new restaurant owners 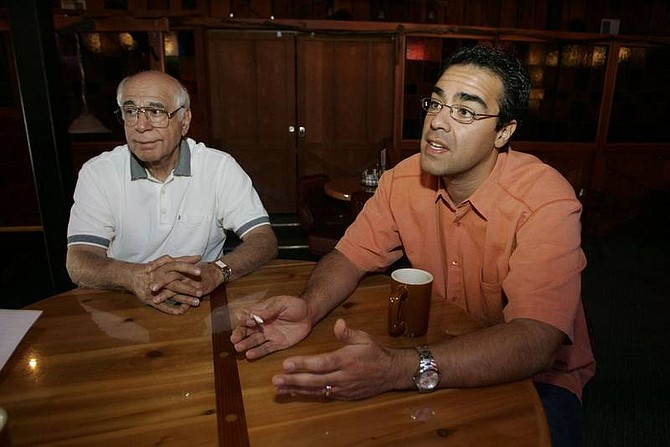 Cathleen Allison/Nevada Appeal Len Marazzo, left, and his father, Paul, talk about their plans for the Cattlemens Restaurant, which they have purchased and renamed Washoe Flats Steakhouse.