Once the smoke cleared, all was OK 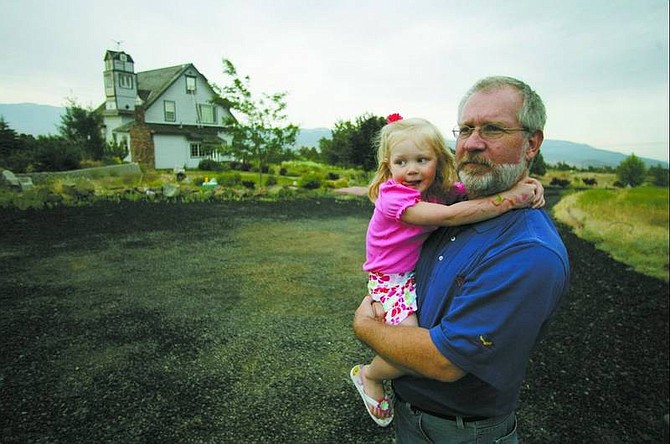 Brad Horn/Nevada Appeal Bob Anderson holds his 3-year-old granddaughter Madison Anderson at their home on Linehan Road in Mound House, after returning Wednesday. Anderson and his family evacuated their property Monday evening after the Linehan Complex fire threatened their Victorian home built in 1876.