Evacuations may be ordered on Goni Road 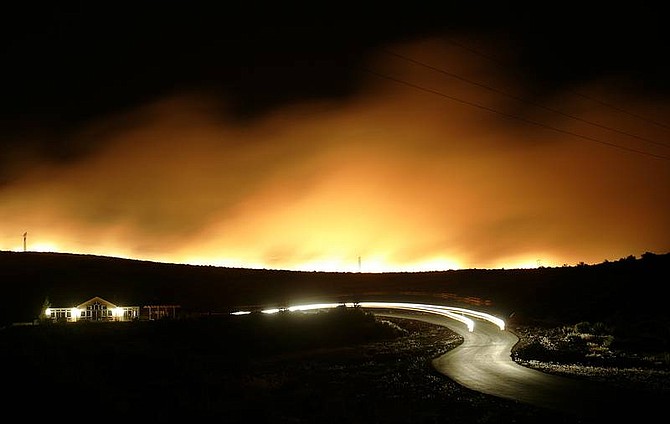 Chad Lundquist/Nevada AppealA car travels down the driveway of a home located just a few hundred yard south of the Linehan complex fire on the north end of Goni Road. The Carson City Sheriffs Department&#039;s, deputies and search and rescue members canvassed the neighborhood to warn residents to be prepared to evacuate Tuesday night.