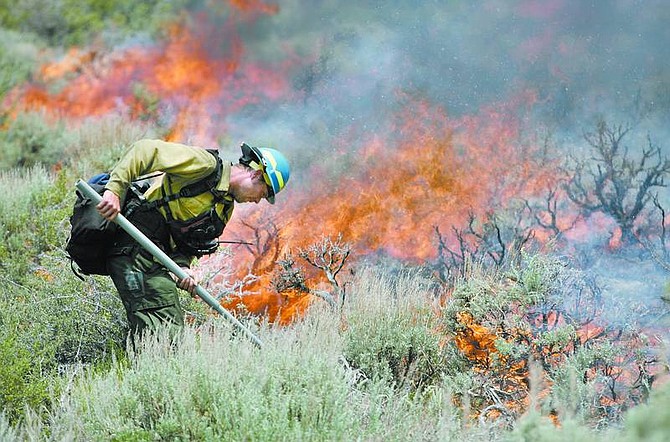 Cathleen Allison/Nevada AppealBill Harris, with the Lakeview Helitack crew from Lakeview, Ore., fights the Linehan fire at the top of Goni Canyon on Tuesday.