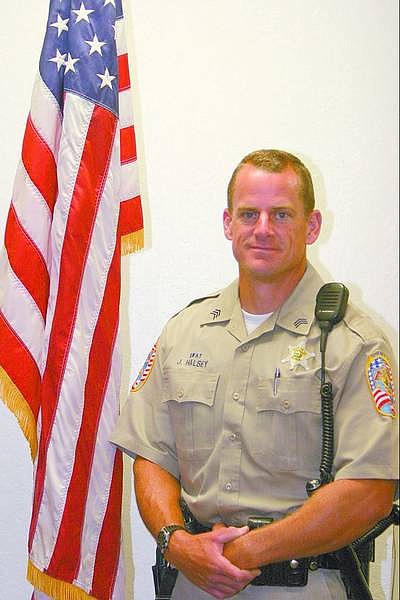 SARAH KING/ Nevada Appeal News Service Douglas County Sheriff&#039;s Sgt. Jim Halsey, who is also a Naval reserve master at arms, is heading back to Iraq for his second deployment.