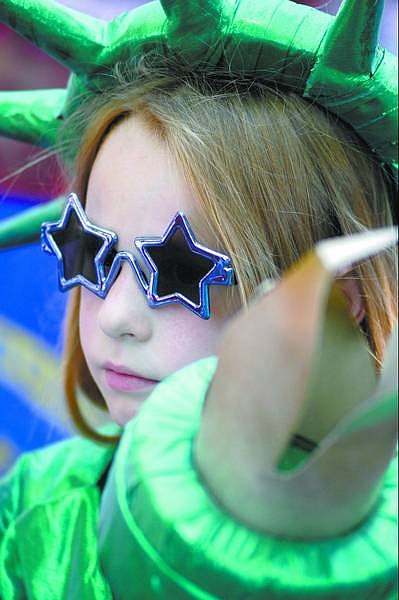 ABOVE: Mikayla Willden, 5, dressed up as the Statue of Liberty for the Kinderland Nursery School&#039;s Fourth of July parade Friday morning.