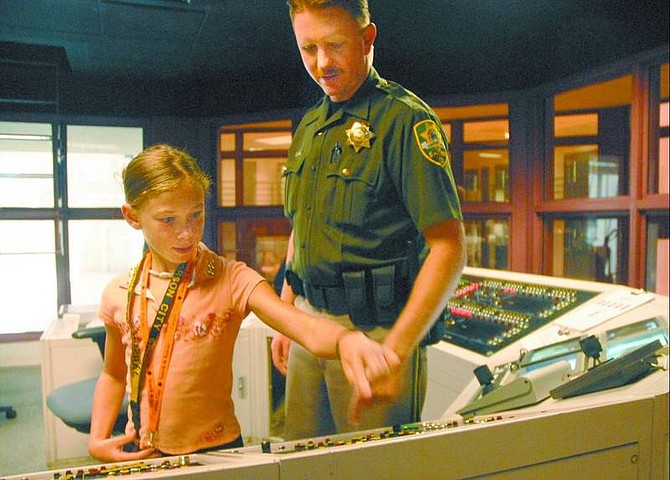 Kevin Clifford/Nevada Appeal Allison Gaskill, 9, opens doors at the jail command center Friday afternoon while being undersheriff for a day.