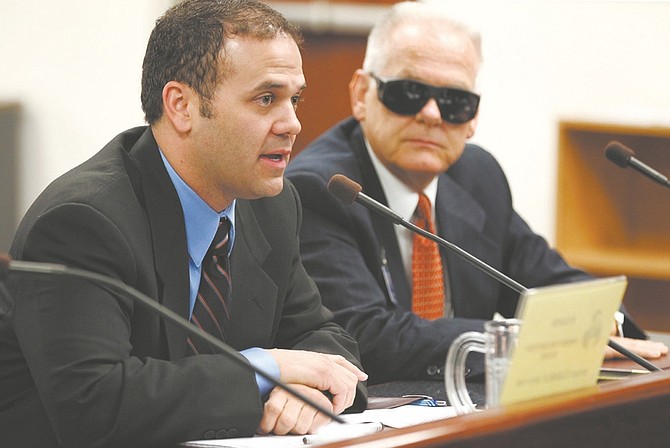 County representatives, Alex Ortiz, left, and Robert Hadfield express concerns over a proposal to transfer the expense of mental health and juvenile justice programs onto the shoulders of cash-strapped counties during a hearing on Wednesday, April 6, 2011, at the Legislature in Carson City, Nev. (AP Photo/Cathleen Allison)