Deal made to avoid shutdown 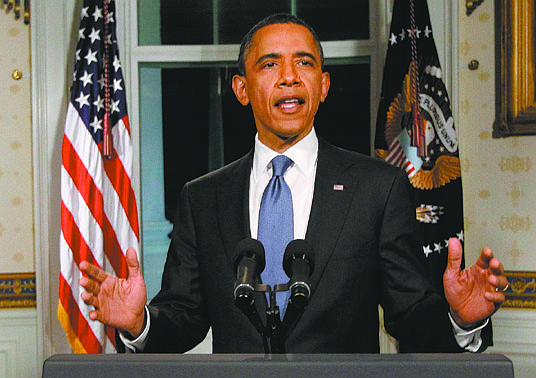 President Obama poses for photographers in the Blue Room at the White House in Washington after he spoke regarding the budget and averted government shutdown after a deal was made between Republican and Democrat lawmakers, Friday, April 8, 2011. (AP Photo/Charles Dharapak)