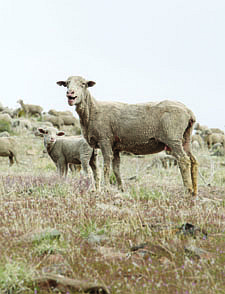 Jim Grant/Nevada AppealA sixth season of sheep grazing on the hills above Carson City has begun and will last two months. About 800 ewes and lambs from the Borda Land and Sheep Company. They are used each year to reduce the growth of cheat grass, which is highly flammable.