Students find their own ways to mourn 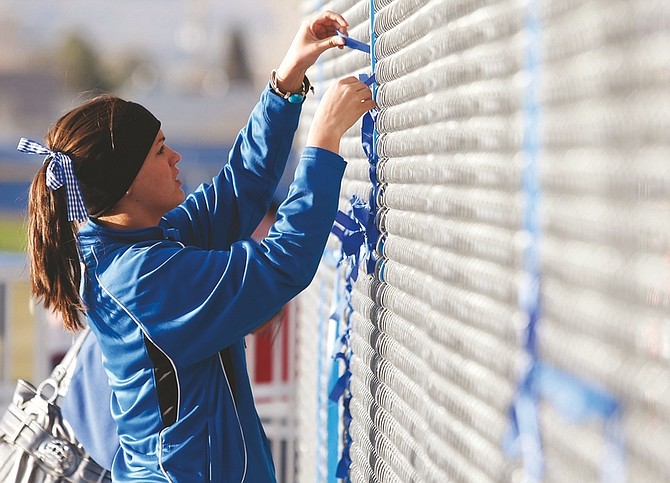 Shannon Litz/Nevada AppealCarson High junior Mary Longero ties ribbons on the fence at Carson High School in the shape of the numbers 62 and 65 at the memorial for Stephen Anderson and Keegan Aiazzi.