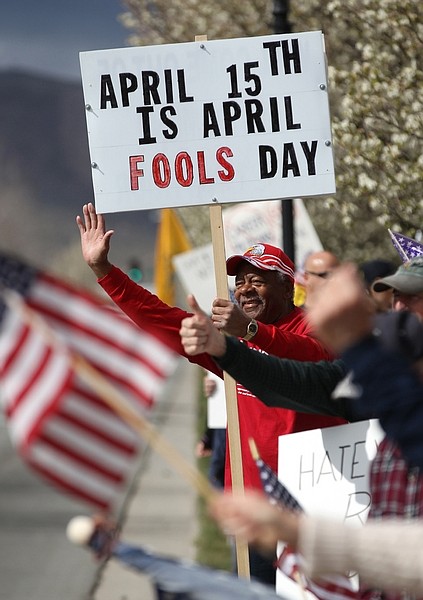 Orlis Trone, of Fernley, Nev., participates in the Tea Party rally in front of the Nevada Legislature in Carson City, Nev., on Friday, April 15, 2011. Hundreds of supporters rallied across the state Friday urging lawmakers not to raise taxes. (AP Photo/Cathleen Allison)