LEGISLATURE: Flowers, good will on Day 1 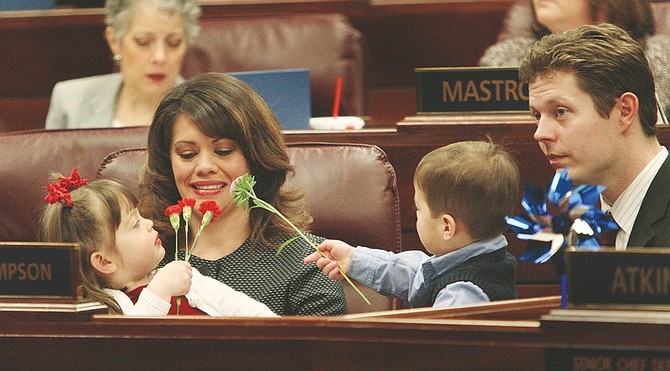 Jim Grant/Nevada AppealAssembly member Teresa Benitez-Thompson enjoys a moment in the Assembly chamber with her husband Jeff and daughter Lillian, 3, and son Eli, 2, on Monday.