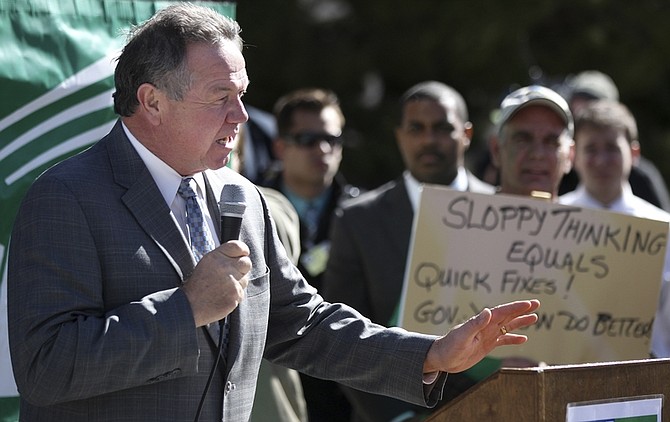 Danny Thompson, a lobbyist for the state AFL-CIO, speaks Monday, Feb. 14, 2011 at a rally in front of the Legislature in Carson City, Nev. About 60 people gathered at the event, which was organized by the state employees union to protest proposed budget cuts. (AP Photo, Cathleen Allison)