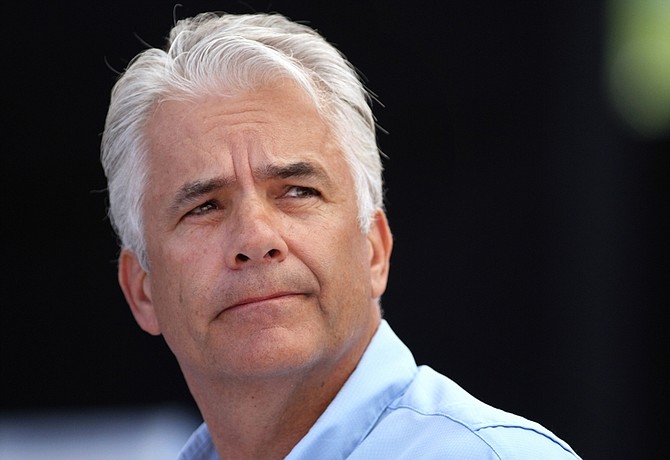 ** ADVANCE FOR SUNDAY, FEB. 13 ** In this Aug. 17, 2010 photo, U.S. Sen. John Ensign, R-Nev., participates in the Tahoe Summit at the Sand Harbor State Park near Incline Village, Nev. His conservative reputation bruised by the true-life soap opera of an extramarital affair and a betrayed best friend, Ensign is trying to recharge his political career with promises of newfound humility in what looks to be a hard-fought re-election campaign against his party and his past. (AP Photo/Cathleen Allison)