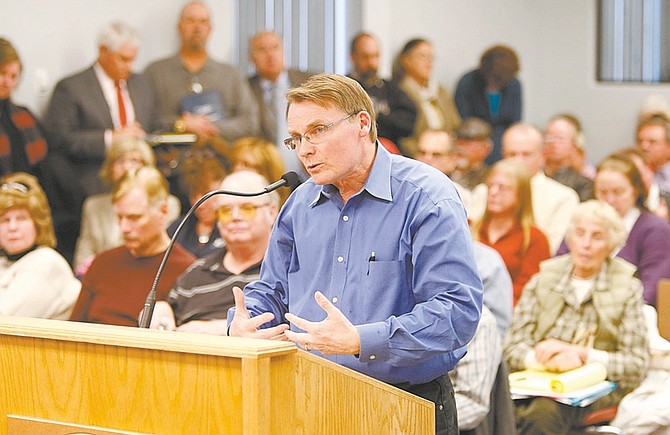 Shannon Litz/Nevada AppealNugget President Steve Neighbors speaks about the City Center Project on Thursday at the Carson City Supervisors meeting. The board voted 4-1 to more forward with the project.